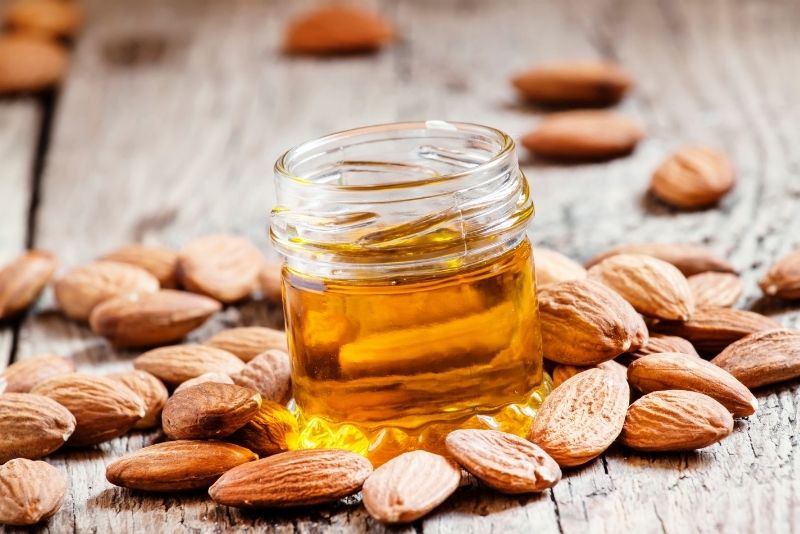 There is a lot of debate going on in the foodie world about whether the almond extract is really all that good for you.

Some people claim it has a bold taste and can be used in many different recipes, while others argue that it’s too strong and doesn’t add much to dishes.

Almond extracts are usually used in baking to provide a sweet, nutty flavor. But if you’re allergic to almonds or just want to try something different, there are plenty of other options!

In this article, I’ll explore 5 substitutes for almond extract that are not only healthier but also have their own unique flavors!

So, if you’re in the middle of a recipe that calls for almond extract, make sure to read it till the end for substitution instructions.

What is Almond Extract?

Almond extract is a flavoring made by steeping crushed almonds in water and alcohol. It can be used as a substitute for vanilla, but it has a slightly sweeter flavor that makes it ideal for baking and desserts.

Almond extract is readily available in most food stores, but almond allergies have been on the rise. So if you’re trying to avoid nuts, there’s a good chance that it won’t be an option for you anyway!

Fortunately, there are several other flavorings you can use as a substitute for almond extract. The substitutes may not be quite as potent, but they will still work well in most dishes! Here are 5 of the best alternatives.

Here are five substitutes for an almond extract that will work well in your recipes – try one today and see how easy it is!

Cinnamon is a sweet and aromatic spice made from the bark of a tropical evergreen tree. The spice has been used for thousands of years in virtually every culture around the globe, and its popularity hasn’t waned.

When it comes to spices, cinnamon is one of the most versatile. It can be added to almost any dish from coffee to chili and even desserts! Cinnamon is also easy to find and pretty cheap.

It is an essential ingredient in chai tea, Mexican hot chocolate, apple pie, pumpkin pie… the list goes on!

Cinnamon has a spicy, sweet taste that is very similar to almond extract. It can be found in most grocery stores and it’s much cheaper than almond extract!

Just keep in mind that if you’re going to use cinnamon as a substitute for almond extract, reduce the amount of sugar called for in the recipe.

Cinnamon is naturally sweet, so there is no need to add extra sugar if you’re using this as a substitute.

Vanilla extract is made from vanilla beans, sugar, and alcohol. It has a sweet taste with a little bit of spiciness that makes it great for baking and desserts.

Like cinnamon, vanilla is also pretty versatile in the kitchen. It’s often used in ice cream, chai tea, coffee… you get the idea!

Vanilla extract has a strong, sweet taste that can also be used as an almond extract substitute. It’s probably the cheapest option out of all the substitutes, and it’s readily available in most grocery stores.

Vanilla extract is an essential ingredient for many desserts like cookies, puddings, pies, and cakes. It can also be used to add flavor to coffee or other beverages.

The only drawback of using vanilla extract as a substitute for almond extract is that it doesn’t have the same nutty flavor.

So if the almond extract is called for in a recipe, you may need to add another ingredient to compensate for this difference.

Almond liqueur is pretty similar to vanilla extract when it comes to using it as an almond extract substitute. It’s made by infusing sugar, almonds, and sometimes other spices into alcohol.

Almond liqueur is used in many desserts, but it also goes well with ice cream, coffee… almost anything you might use vanilla extract for!

Since almond liqueur is so versatile, it’s pretty easy to find. Most grocery stores carry at least one type, and it’s a little bit cheaper than almond extract.

However, there are a few drawbacks to using almond liqueur as an almond extract substitute. It doesn’t have as strong of a taste as pure almond extract, so you may need to add more to compensate for this difference.

Also, the flavor of the liqueur is pretty sweet, so it may add too much sweetness to a dish that already uses sugar.

Orange zest is made from the outer skin of oranges and it has a tangy, citrus taste. It’s normally used in baked goods like cookies and pies, desserts and even some main dishes!

Zest is very similar to almond extract in terms of taste. It can be used to add a hint of orange flavor to most dishes, but it doesn’t have the same sweet taste that almond extract does.

Also, oranges are pretty easy to find and their zest is way cheaper than almond extract!

The only drawback is that orange zest has a very subtle flavor. If it’s used as an almond extract substitute, you may need to add more zest than the recipe calls for in order to get the same flavor.

The best way to make your own almond extract substitute is to infuse alcohol with almonds, sugar, and nutmeg.

Almond extract is made the same way, but you can skip all of the added ingredients except for the almonds and sugar. This exclusive combination gives you a pretty good idea of what homemade almond extract would taste like!

It’s pretty easy to make your own almond extract substitute. You can get pure alcohol at most pharmacies or grocery stores, and you only need a few ingredients that are much cheaper (almonds, sugar, nutmeg).

The downside is that this method takes time since the flavors need to soak into the alcohol for a while in order to infuse. You also have to wait for the extract to be ready before you can use it in your dishes.

The best part about this substitute is that there isn’t a big difference between homemade almond extract and store-bought almond extract. It can be used in virtually any dessert or dish, so it’s definitely worth trying out!

Almond extract has a very distinct flavor that’s usually described as nutty and sweet. However, it can vary from one type to another because different brands use different ingredients and ratios of ingredients.

Almond extract is commonly used in desserts like cookies, cakes, or brownies. It can also be used to add flavor to beverages like coffee or hot chocolate.

Can I Leave Out Almond Extract?

Almond extract is the main thing that gives almond-flavored desserts their signature taste, so it’s pretty hard to substitute for. If you leave out almond extract, you may need to add more ingredients like vanilla or cinnamon in order to compensate.

Almond extract also gives vegan-friendly dishes like pancakes or muffins a very unique flavor! So if you are baking vegan, make sure to include almond extract!

Is Almond Essence and Almond Extract the Same?

No, almond extract and essence are two different things.

Almond extract is made by mixing pure almond oil or extracts into alcohol, then letting it sit for a while so all of the flavors can infuse together. It usually takes about 2 weeks to make your own extract at home.

There are many brands that sell store-bought versions of almond extract, and they can be found at most grocery stores.

Almond essence is a popular flavor in many countries around the world. It’s normally sold as a liquid or solid that can be added to baked goods and other dishes.

The main difference between extract and essence is that extract has more of a nutty taste because it’s made of pure almond. Essence has a sweeter flavor, so it’s made with artificial flavoring that comes in the form of syrup or oil.

Almond extract is a great ingredient to have on hand for baking, but it can be hard to find. Fortunately, there are plenty of almond extract substitutes that you can use in the meantime until the next time your jar runs out!

What other substitutions have worked for you? Share them with us in the comments below! 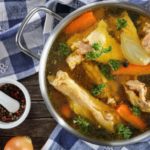 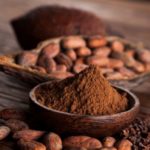