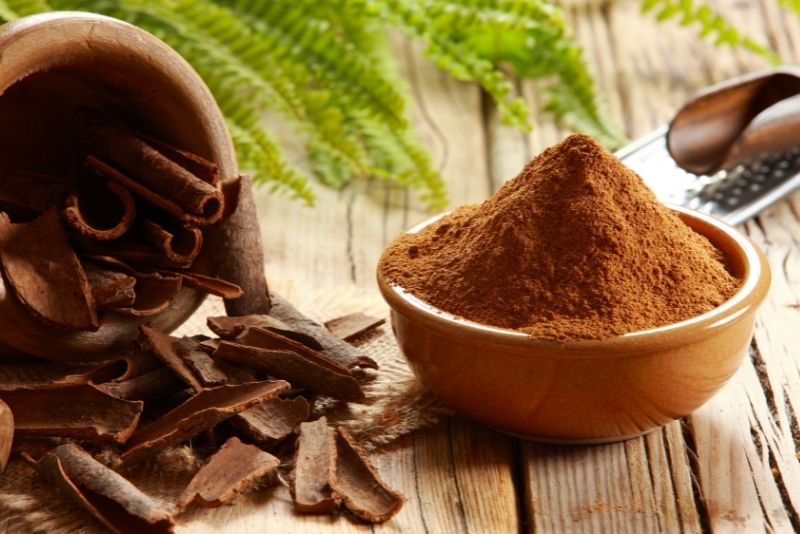 If you’re a fan of Indian cuisine, then you’re likely no stranger to garam masala. This spice blend is commonly used in many traditional dishes, and it’s known for its warm, earthy flavor.

It typically contains a mixture of cardamom, cloves, cinnamon, cumin, and black pepper. While the exact ingredients can vary, these spices are typically roasted and ground together to create a fragrant powder.

Garam masala can be used to flavor both meat and vegetarian dishes, and it is often added at the end of cooking to preserve its flavor.

While Garam Masala is relatively easy to find in most grocery stores, it can sometimes be tricky to find it in your area. Fret not, I’ve got the perfect garam masala substitutes for you to try.

In this blog post, let’s take a closer look at some of the best substitutes for this versatile spice blend.

One of the most common substitutes for garam masala is curry powder. Curry powder is a popular ingredient used in many different types of cuisines, from Indian to Thai to African. It typically features a complex blend of spices and herbs, including turmeric, coriander, cumin, cardamom, and peppercorns.

This blend of spices is similar to garam masala, but it also contains turmeric which gives it a characteristic yellow color.

When substituting curry powder for garam masala, start with less than called for in the recipe and add more to taste. Keep in mind that it will result in a dish that is slightly spicier and more assertive in flavor.

Sambhar masala is a key ingredient in traditional South Indian cuisine, and it is widely used as an alternative to the more commonly used garam masala.

Unlike many other spice blends, sambhar masala is made up of a diverse range of spices and herbs, including cumin seeds, coriander seeds, dried chiles, tamarind, turmeric, and curry leaves.

This mixture gives sambhar masala its rich and complex flavor profile, with notes of earthy spice that are balanced by hints of tangy tartness.

And because it contains no added preservatives or fillers, sambhar masala can be used exactly as you would use garam masala, adding depth and complexity to your dishes.

Sambhar masala is used to flavor soups and stews. This blend gives dishes a unique flavor that is earthy and slightly sweet.

If you’re looking for a garam masala replacement, try chaat masala. This blend of spices is common in Indian cuisine and can be used in many different dishes.

Chaat masala is typically used to flavor snacks and appetizers, but it can also be used to season other dishes. It’s commonly added to fruits or used as a topping for snacks like chaat (popular street food in India). It can also be used in savory dishes like curries or rice dishes.

While chaat masala can be used in place of garam masala, keep in mind that it will result in a dish that is more sour and spicy. If you’re looking for a more mild flavor, then you may want to start with less chaat masala and add more to the taste.

If you’re out of garam masala and don’t have any other substitutes on hand, try using a combination of cumin, coriander, and cardamom. These three spices are commonly used in Indian cuisine and can be found in most kitchens.

While this combination of spices won’t give you the exact same flavor as garam masala, it will provide a similar flavor profile.

Cumin has a peppery taste that makes it the perfect substitute for garam masala’s fiery heat. Meanwhile, coriander has a slightly earthy quality to it that will give your dish some depth. Finally, cardamom has a sweet and citrusy flavor that will brighten up any dish.

To use this combination of spices in place of garam masala, start by adding equal a teaspoon of cumin, 2 teaspoons of coriander, and half a teaspoon of cardamom to the blender.

You can substitute this mixture one for one in any recipe in place of garam masala and adjust the amounts as needed to achieve the desired flavor.

Another great alternative to garam masala is a mixture of allspice and cumin. This combination of spices will give your dish a similar flavor profile, but with hints of earthy sweetness that are balanced by warm notes of spice.

If you are looking for a garam masala substitute that still has a similar flavor profile to the traditional Indian blend, cinnamon, fenugreek, and cloves are a great option.

Each of these spices has aromatic qualities that can enhance the flavors of your dish without overpowering it in the way that garam masala is sometimes known to do.

To use these substitutes, simply add a teaspoon or so of each spice to a pan on low heat and blend them together. This will help to release the natural aromas of all three spices. You can also store the mixture in an airtight container for later use.

Not only will this give your dish the warm and spicy flavors that you are looking for, but it will also add some depth of flavor that you may not get from garam masala alone.

If you are looking for a garam masala substitute that will provide a strong and distinct flavor, try using mustard seeds, curry leaves, and coconut.

Mustard seeds have a slightly peppery taste that is reminiscent of the traditional Indian spice blend. However, they also have a nutty quality to them that will give your dish some additional depth.

Curry leaves, meanwhile, have a slightly spicy flavor that can help to balance out the peppery taste of mustard seeds.

Finally, coconut will also provide some sweetness to your dish and give it some extra richness in terms of texture and mouthfeel.

To use this spice blend, just add about a teaspoon of mustard seeds, a teaspoon of shredded coconut and 10-12 curry leaves to a pan on low heat and blend together.  It’s easy to use it in anything that calls for garam masala, including fish dishes, salad dressings, and sauces.

If you’re looking for a sweeter alternative to garam masala, try using a pumpkin spice blend instead. This aromatic spice blend is made with cinnamon, ginger, allspice, and nutmeg.

It’s the perfect mix of sweet and savory spices that can give your dish a warm and inviting flavor. The pumpkin spice blend is commonly used in baking, but it can also be used to flavor savory dishes like stews and curries.

To use this spice blend as a garam masala substitute, just add a teaspoon or so to your dish. You can also adjust the amount to taste.

If you want to create your own garam masala substitute, you can always mix together a variety of different spices. This is a great way to tailor the flavor of your dish to your personal preferences.

There are no wrong answers when it comes to creating your own spice blend. However, some common spices that are used in garam masala include cloves, cardamom, cumin, coriander, and pepper.

You can use any combination of these spices, or you can add in other spices that you think would complement the flavors of your dish. Just be sure to start with a small amount and add more to the taste.

Making your own garam masala is easy and it allows you to customize the flavor to your liking. If you prefer a spicier blend, simply add more black pepper or cumin. For a milder flavor, reduce the amount of these spices.

Experiment until you find the perfect balance for your taste buds. Homemade garam masala is the secret ingredient that will take your cooking to the next level.

Garam masala is a mixture of spices that is used in many different Indian dishes. It has a warm and peppery flavor profile with hints of earthy sweetness and warmth from the added spices.

This spice blend can also be slightly spicy, which makes it a great option for adding some depth to savory dishes. However, this spiciness can be balanced out with other ingredients or reduced to make it milder.

How to Use Garam Masala?

Garam masala can be used in both sweet and savory dishes. It’s commonly used as a spice rub for meats or added to stews and curries.

This spice blend can also be used to flavor soups, rice dishes, and even baked goods. If you’re looking for a new way to use garam masala, try adding it to your next batch of cookies or muffins.

No matter how you choose to use it, garam masala is a versatile spice that can add some extra flavor to any dish.

Is Garam Masala the Same as Curry Powder?

There is a lot of confusion surrounding the term “garam masala” and whether it refers to the same thing as “curry powder.” The two terms are often used interchangeably, but they actually refer to very different spice blends.

Garam masala is typically made up of a mixture of ground spices like cumin, cardamom, and cinnamon, while curry powder typically contains turmeric and other spices that give it a yellow color.

While they are not the same, both curry powder and garam masala can be used to add flavor to savory dishes. So if you’re out of one, the other can be a good substitute.

All three of these spice blends are used to add flavor to savory dishes.

Garam masala is typically made up of a mixture of ground spices like cumin, cardamom, and cinnamon. It has a warm and peppery flavor profile with hints of earthy sweetness and warmth from the added spices.

Curry powder is a blend of spices as well, but typically contains more turmeric than garam masala. This gives it a much more earthy flavor with a bit of heat and sweetness from the added spices.

Overall, all three of these blends are great additions to curries, stews, soups, and other savory dishes that could use a boost of flavor.

However, it’s important to note that they each have unique flavor profiles. So if you’re looking for a certain flavor, it’s best to stick with the spice blend that is known for that particular flavor.

Garam masala is not a necessary ingredient in cooking, but it can add a lot of depth and flavor to your dishes.

This spice blend is made up of ground spices like cumin, coriander, and cinnamon. It has a warm and peppery flavor profile with hints of earthy sweetness and warmth from the added spices.

If you’re looking to experiment with new flavors in your cooking, then garam masala could be a great choice. It can be added to curries, stews, soups, and other savory dishes to give them an extra boost of flavor.

If you’re looking to add a bit of extra flavor to your cooking, garam masala could be a great choice. There are several different options for garam masala substitutes, depending on your preferences and what you have available in your kitchen.

Each of these spices has its own unique flavor that can be used to enhance the flavor of a dish. When selecting a substitute for garam masala, it is important to consider the other flavors in the dish and choose a spice that will complement them.

With a little experimentation, you can find the perfect spice to give your dish the flavor you desire. 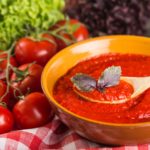 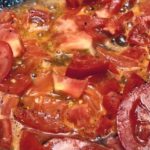