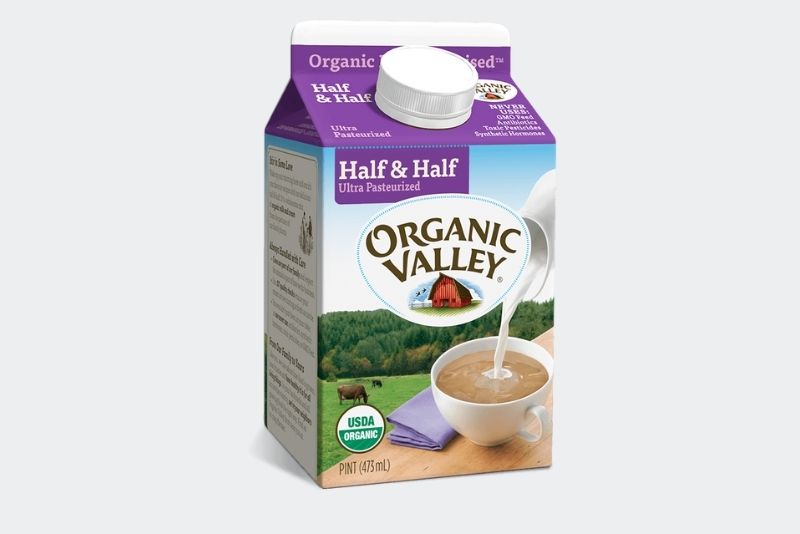 We all know that the right amount of creaminess makes a huge difference when you’re making your morning cup of joe or afternoon tea.

Half and Half is an essential ingredient for making creamy coffee drinks, but it can be hard to find in stores.

The solution is to use one of these 5 great Half and Half substitutes. They will add just enough creaminess to your favorite hot drink without overpowering the flavor with dairy products!

You can find either buy these Half and Half substitutes at any grocery store or make your own using ingredients such as soy, almond, rice, hazelnut, cashew, and other nut milk!

What is Half and Half?

Half and Half is a dairy product made up of equal parts milk and cream. Half and Half contains 10 to 18 percent fat, which means that it is less fatty than heavy cream but fattier than light cream.

In most cases, half and half can be used as a direct substitute for heavy cream or light cream in most recipes. You will often want to use half and half for several reasons.

First, it is a great way to add fat without adding too many calories. With 10 to 18 grams of fat per 1/2 cup serving, this dairy product gives your dishes an instant richness without the steep caloric price tag that usually accompanies dairy products.

Second, Half and Half has a thickness that is perfect for coffee drinks or desserts with a mousse-like consistency.

There are many great alternatives to replace the creaminess of half and half! Here are 5 possible replacements.

This is exactly what Half and Half is. Hence, this is a common substitute for half and half. It will give you an equal amount of fat, but slightly less thick consistency.

How to sub: Mix equal parts whole milk (1 cup) and light cream (1 cup) for a perfect half and half substitute.

Remember, to not add too much milk as it might get too watery or less creamy.

Butter is a great dairy product that can add thickness to your coffee or dessert without the extra calories that come with cream or whole milk! Plus, it gives your meal a rich buttery flavor.

How to sub: Melt 1 tablespoon of butter in a saucepan over low heat. Allow it to simmer until the foam rises to the top. Then, remove from heat and pour enough whole milk to measure 1 cup.

Mix it in your coffee or mousse recipe, while stirring constantly!

3. Vegan Half and Half Milk

This substitute is especially good for coffee drinks or hot chocolate. You can find it at specialty health food stores or make your own vegan alternative with soy, almond, rice, hazelnut, cashew, and other nut milk!

Many plant-based milk substitutes, can be used as half and half substitutes in your coffee! These types of milk are also much better for you than traditional dairy products.

Heavy cream is a great dairy product that can add an extra creamy consistency to your coffee or dessert – but it’s also very fatty and loaded with calories!

This simple recipe substitutes the calories and fat for skim milk and granulated sugar, which cuts down on the calories significantly.

This will give you a mild sweetness with just enough thickness for your coffee! If you want something sweeter, you can add granulated sugar or sweetener of your choice.

Although this substitute is not half and half, there are many coffee drinks that will benefit from the use of both light cream and heavy cream.

This dairy product gives you two different types of fat content at once. It’s also satisfying because it’s similar to the thickness of whole milk!

This may be a good option if you need a thicker consistency and a little extra richness to your dish. Remember, you can always add sugar to sweeten this dairy product.

Now that you know all the possible substitutes for half and half, you never have to worry about being left out of your favorite coffee house treats or desserts!

Can You Use Half and Half Instead Heavy Cream?

Yes, half and half can be used as a substitute for heavy cream. Its texture is similar to that of heavy cream. Although it does not have as much fat and thickening power as heavy cream, it is still a good substitute.

However, half and half will work well in many recipes.

What Is a Good Vegan Substitute for Half and Half?

There are many non-dairy milk substitutes that can be used in place of half and half. Soy milk, almond milk, cashew milk, or any other nut milk can be substituted for dairy cream.

Creamer made from soy is also an option. Vegetable oil like pistachio oil or avocado oil may also be added to soy or nut milk to give it a richer texture.

Can I Substitute Half and Half Milk for Making Bread?

Yes, half and half can be used as a substitute for milk in most recipes. It’s important to remember that the substitution will change the overall taste of the baked good, but it can still make a yummy treat!

Half and Half provides more flavor and moisture to loaves of bread, rolls, and other yeast bread.

Can You Use Half and Half Milk When Making Pancakes?

Yes, you can substitute half and half for milk in pancake batter. It will provide your pancakes with more flavor and will make them fluffier.

You may also need to adjust the amount of liquid that you add to your pancake mix since Half and Half is thicker than regular milk.

Can You Substitute Half and Half for Milk in a Recipe?

Half and Half can be used to substitute milk in many recipes. It has a higher fat content than regular skim or low-fat milk, which can enhance flavor.

It is not interchangeable with whole milk because it contains less fat compared to whole milk.

Can I Dilute Light Cream to Create Milk?

No, light cream is very similar to half and half. It has more fat than milk but not as much as heavy cream.

If you diluted light cream with milk, it would lose its richness of flavor without gaining some of the nutrients of milk. Half and Half can be substituted for milk in some recipes but not all recipes.

Can You Freeze Half and Half?

Yes, half and half can be frozen. It is best to freeze it in small quantities so you do not waste any product.

It will become very thick when it is thawed and needs to be whipped before use. You can substitute whipped Half and Half for regular Half and Half by beating the cream with an electric mixer until soft peaks form.

If you enjoyed this article, please like and share it with others. Thanks for reading! Enjoy your new, healthy coffee creamer! 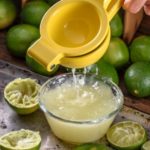 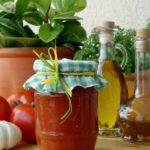