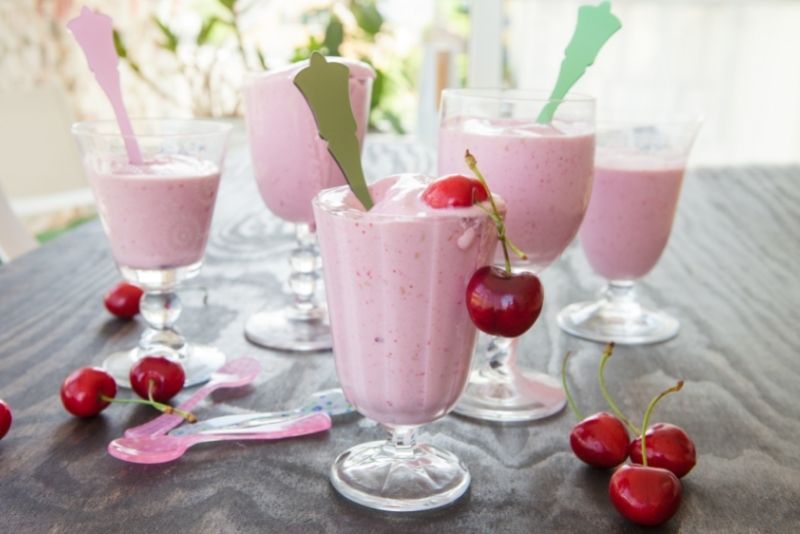 Kirsch is a delicious cherry liqueur that can be used in many recipes, but it’s hard to find. It is used in popular desserts such as black forest, trifles, fondue, and tasty cocktails.

You love the taste of kirsch, but you don’t want to spend on an expensive bottle of it at your local liquor store.Your best bet is to find a kirsch substitute that will work in your recipe and save you money. Here are some of the best substitutes for kirsch.

The best substitutes for Kirsch are Brandy and cherry juice. You can also use vodka berry mix, red wine, and Schnapps as Kirsch alternative in most recipes. Read on to find more alternatives and how to swap below.

Cherry juice is the most popular kirsch substitute. It has a very similar taste and texture that is often used in desserts such as cakes or luxurious cocktails. If you can’t find any fruit brandy, then this might be your best alternative.

This delicious juice tastes wonderful on its own but also mixes well with vodka, rum, soda water, and champagne.

This drink is great because it’s available year-round and will satisfy your cravings for a sweet cherry flavor without the alcohol that kirsch has.

Although it’s not as strong as the original kirschwasser, fruit brandy is definitely a great kirschwasse substitute that will be just as tasty.

It contains the same sweet and sour flavor as cherries and is often used in desserts such as trifles, cakes, pudding, fondue, ice-cream sundaes, cheesecake brulees.

This delicious drink can be found at liquor stores or specialty stores.

A delicious blend of vodka and raspberry or strawberry juice might just be the best kirsch liqueur substitute that you will find. It has a sweet and tangy berry taste that tastes exactly like the original drink.

This cocktail is very easy to make and can be made with three ingredients that are available at any liquor store: vodka, raspberry or strawberry juice, and fresh raspberries or strawberries.

You can make a homemade version of berry vodka by combining a mix of blackberries, raspberries, and blueberries with a good vodka.

Just blend it together in a blender until you get a smooth liquid and then strain out the pulp. Add it to soda water or Champagne for some fizzy drinks that are tasty as well.

You can use white wine instead of kirsch when cooking or baking. This delicious blend of wine and kirsch will be a very similar taste to the original recipe.

Also, white wines are often added to sauces for chicken or pork so you can substitute them in any recipes that call for kirsch.

You can also substitute kirsch with red wine. If you want to make a cherry sauce, then just use the same amount of red wine in place of kirschwasser.

This is perfect for making a chocolate cake or cheesecake that has a hint of sweet and sour flavor.

Cherry jam is a great substitute for kirsch and has the same sweet and sour flavor that you love in your desserts.

It’s made from black cherries, raw cane sugar, lemon juice, and pectin. You can easily substitute this jam instead of fresh cherries or fruit brandy in most recipes.

Use this jam to make trifles, cakes, or even pancakes. You can also mix it with soda water and drink it as a refreshing beverage.

Lambic is a highly alcoholic beer that originated from Belgium and has a sour flavor thanks to the wild yeast used in fermentation.

You can mix kriek with rum or soda water to make a delicious drink, but it also tastes great by itself.

It’s made from lambic that has been fermented in oak barrels where the whole Morello cherries are added.

Schnapps is a transparent spirit that is made from cream-based neutral grain spirits that have been flavored with fruit or herbs and will taste very similar to kirsch when used in place of it.

You can mix this with beer or other fruit beverages for cocktails such as “White Sangria,” “Mangria,” or “Mojitos.”

This delicious French liqueur is made from yellow mirabelle plums, raw cane sugar, and other natural flavors.

You can find it at liquor stores or you can make your own homemade version by combining 200 ml of vodka with 100 grams of ripe Mirabelles that have been pitted and chopped.

You can substitute kirsch with fruit beer in many recipes that call for it. This delicious drink is actually a stout or porter-style beer that has been flavored with either chocolate, coffee, or other flavors such as raspberries, apricots, cherries, and peaches.

Grape juice is another great substitute for kirschwasser and has the same tart flavor that you can use to make tasty desserts and pastries.

It also makes delicious punch that you might enjoy during the spring and summer months.

Pour a glass of grape juice and add it to sparkling water or Champagne for some fizzy drinks that are perfect for a party.

You can also use this mixture to make sangria or even your own homemade version of kirschwasser.

Kirsch is a clear cherry brandy that has a delicious taste of sweet and sour, cherry flavor. This alcoholic drink is distilled from double fermented fruit (sour morello cherries or blackthorn plums).

It’s important for the manufacturers to use at least 40 percent fruit in order to be classified as Kirschwasser.

Kirsch has a high alcohol content of about 38 percent which is more than the regular brandy. This beverage also has around 40 bitter-sweet cherries in each bottle and no sugar added, but it can be sweetened before drinking.

This beverage originated from Germany and Switzerland where it was first used in many recipes such as black forest cake. It has a distinct taste of cherry, but it also contains a hint of almond flavor and chocolate.

If you can’t find any Kirsch at your local store, then you can try these delicious substitutes that are popular in Germany as well.

Kirsch is a very tart flavor. It even comes with its own distinctive cherry flavor. It has a mild, bitter undertone.

It’s made with high-proof neutral spirits that have been infused with cherries and then aged for a few months.

Kirschwasser is a clear alcoholic beverage and it’s an essential ingredient for many cocktails. It’s also served as a digestif after dinner and maybe enjoyed neat during some hot summer nights.

Kirsch often has a high alcohol content and can be made from many different types of spirits such as vodka, gin, whiskey, and brandy.

Most kirschwassers come with an alcohol content of 40% and can even be used as a substitute for vodka in many recipes.

What is the difference between kirsch and cherry brandy?

There are a few differences between kirsch and cherry brandy:

2. Kirsch is made with high-proof neutral spirits that have been infused with cherries, whereas the majority of other fruit liqueurs such as curacao and triple sec are made from the lower alcohol content.

3. It takes much less kirsch to add flavor to desserts or cocktails, whereas many fruit liqueurs have a distinct sweet flavor that is not as tart.

4. Cherry brandy doesn’t often come with a cherry flavor and has a more bitter flavor instead.

What can you use instead of kirsch in black forest cake?

A traditional German Black Forest cake is filled with whipped cream, chocolate, cherries, and kirsch. However, if you are unable to find kirsch in your local grocery store you can use these substitutes:

What is the best brand of kirsch?

The most popular brands are: Jagermeister, Barenjager, E & J, DeKuyper, Hiram Walker. However, the best brand of kirsch will depend on your personal taste and budget.

If you’re looking for a delicious Kirsch substitute that’s similar to the taste but not as expensive, be sure to check out these 11 replacements.

From fruit beer and Liqueur de Mirabelle (which is made from plums) to cherry jam and grape juice; it seems like we’ve got something for everyone!

So don’t worry if you can’t find any of this holiday delicacy – there are plenty of substitutes waiting for your palate.

Which one do you think would make an excellent replacement? Let us know in the comments below! 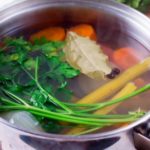 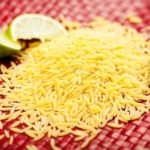 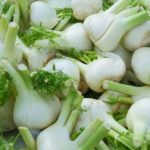 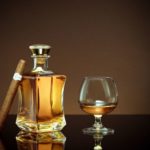