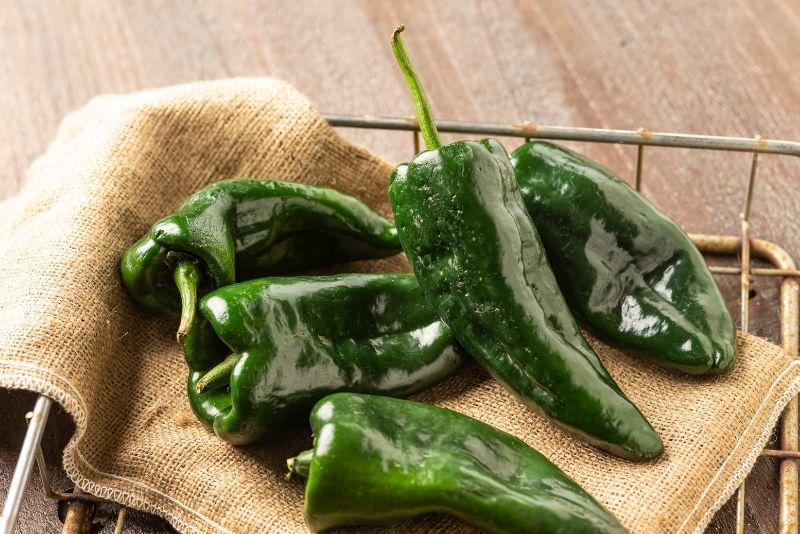 If you’re not familiar with poblanos, they are mild chili peppers that have a fresh flavor and are great in Mexican cuisine. They look similar to bell peppers, but they have thicker skins and are milder with less heat than jalapenos.

They can be used to make enchiladas or stuffed with cheese and baked. You might also find them on the menu at your favorite restaurant!

If you’re trying to avoid spicy food, or if your recipe calls for poblano peppers but you can’t find them, don’t worry! There are plenty of other options that will work just as well. Read on to learn about nine different poblano pepper substitutes.

What is Poblano Pepper?

Poblano peppers are a mild type of chili pepper that comes from Mexico. They have thick skins and range in color from green to red. In terms of heat, they fall between bell peppers and jalapenos on the Scoville scale, which measures the spiciness of peppers.

In contrast to jalapenos, these chili peppers have a fresh, earthy flavor that goes really well in Mexican food.

In terms of appearance, poblano peppers look similar to bell peppers, but they have thicker skins and are usually much larger. The beautiful thing about poblanos is their versatility. You can stuff them with cheese and bake them for a few minutes until they’re nice and melty. You can also saute them, add them to salsas, or even use them in soups!

One of the best poblano pepper substitutes is bell peppers. Bell peppers are milder than jalapenos, so they won’t add too much heat to your dish. Keep in mind that they aren’t quite as big or thick-skinned as poblanos, though!

If you’re using bell peppers as a poblano pepper substitute, it’s best to saute them first. You can also use red or green bell peppers instead of a yellow one for a vibrant color!

If you want to use an Anaheim pepper as a poblano pepper substitute, you can roast it first by baking or broiling them for about 5 minutes on each side . This will help bring out the flavor and make them nice and pliable.

Jalapeños are a classic choice for those who like spicy food! They aren’t as mild as bell peppers, but they aren’t as hot as cayenne or serrano peppers either.

If you’re using jalapenos as a poblano pepper substitute, just keep in mind that they are usually smaller than poblanos. They also have thinner skins, so it’s best to remove the seeds before cooking them down or stuffing them.

Guajillo peppers are also very mild and have a hint of sweetness to them that is similar to poblanos. If you’re using guajillos as a poblano pepper substitute, just remember that they do have some heat and their flavor is stronger than either bell or Anaheim peppers.

Cayenne peppers are another very popular choice for those who like their food spicy. Just a couple of cayennes can add a lot of heat to a dish.

Cayenne peppers are a kind of chili pepper with a moderately hot, spicy flavor provided by capsaicin.

They aren’t as mild as bell and Anaheim peppers, nor are they as hot as jalapenos or serrano chili peppers. If you’re using cayenne pepper as a poblano pepper substitute, it’s best to remove the seeds first.

Although paprika isn’t technically a chili pepper, it is an essential ingredient in many kinds of chili powder. It’s also often used to add flavor and color to dishes without any heat at all, making it one of the best poblano pepper substitutes.

You can use either sweet or hot paprika as a substitute for poblano peppers, and it works well in soups, salsas, sauces, and stews.

New Mexico chiles are dark red, smooth-skinned, and used in a variety of dishes in New Mexican cooking.

New Mexico chiles are a good choice for those who like their food on the mild side. They aren’t quite as flavorful or spicy as poblanos, but they get the job done.

If you’re using New Mexico chiles as a poblano pepper substitute, it’s best to roast them first to bring out their flavor. You can also use red or green New Mexico chiles instead of a yellow one for vibrant color!

The chiles add a unique flavor to Mexican recipes including enchiladas, tamales, soup, and stews.

Ancho chili peppers are another kind of chili pepper that is best known for its use in Mexican cooking. It has a rich smokey flavor that makes it another great choice for chili powder, soups, and sauces.

Ancho chilies are sweet and mild like poblanos, making them an ideal substitute if you’re looking to cut down on the heat of your dish. However, they do have some heat, so you may need to remove the seeds if you’re sensitive to spicy food.

Cubanelle peppers have a slightly sweeter, less tangy flavor. That makes them a good choice if you’re looking to cut down on the acidity of foods like salsas.

Poblano peppers taste like a very mild green or red bell pepper. The flavor is slightly spicy and sweet at the same time, with just a little bit of bitterness. Poblanos are definitely an easy way to add some kick and flavor without too much heat!

How Spicy Is a Poblano Pepper?

Poblano peppers are nowhere near as spicy as jalapenos or habaneros, but they do have some heat. The Scoville rating for poblanos ranges from 1,000–1,500, making them milder than bell peppers, which are around zero.

The flavor of poblano peppers is very similar to bell peppers and Anaheim peppers, but they do have a kick. It’s often described as a tangy and spicy flavor with hints of bitterness.

Poblano peppers are fairly easy to recognize due to their unique shape. They are long, oval-shaped peppers that have an almost teardrop shape. Their color is somewhere between green and red, with a bumpy texture on the outside.

Poblanos are very similar to Anaheim peppers. The only difference is the inside color of the pepper, which should be bright white on a poblano pepper and pale green on an Anaheim.

Is a Poblano Hotter Than a Jalapeno?

Poblano peppers also have the advantage in terms of flavor. They are sweeter, with a more complex flavor than jalapenos. If you remove the seeds from poblano peppers, they don’t have any heat at all!

How to Choose a Poblano Pepper Substitute

Poblano peppers are fairly easy to find, but you might have trouble finding a poblano pepper substitute if you live in an area with limited access to international foods. There aren’t many vegetables that taste exactly like poblanos, so it’s best to choose substitutes based on their heat level and flavor.

Heat Level – Since Poblano peppers aren’t extremely spicy, you can use almost any sweet pepper as a substitute. The key is to find one that has some heat. You can do this by picking out peppers with the Scoville rating similar to poblanos or removing the seeds from your substitute if it’s not already sweet.

Flavor – If your recipe calls for a poblano pepper with a specific flavor profile, you’ll need to find vegetables that have a similar taste. Some good substitutes include Anaheim peppers, bell peppers, etc.

Dry Heat Level – Some recipes call for roasting or dry cooking the poblano pepper in order to get the right smoky, charred taste. It’s very difficult to imitate the flavor of something that is dry cooked, so it’s best to go with a spicy pepper instead of a poblano substitute.

Recipe –  Aside from looking at the flavor and heat level, you also need to consider the recipe that you’re using it for. Some dishes use roasted peppers while others call for raw peppers.

If you’re looking for a substitute that is best in Mexican dishes, then it’s best to choose peppers based on their heat.

With so many poblano pepper substitutes, there is no need to worry about not being able to find them.

Let us know if one of these poblano pepper alternatives is your favorite! We hope this article has helped answer any questions about the best substitutes for poblanos so you can enjoy them more often. 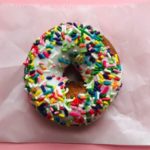 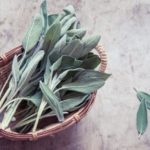 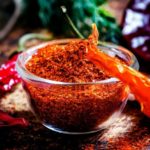 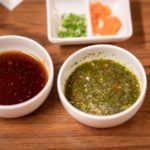