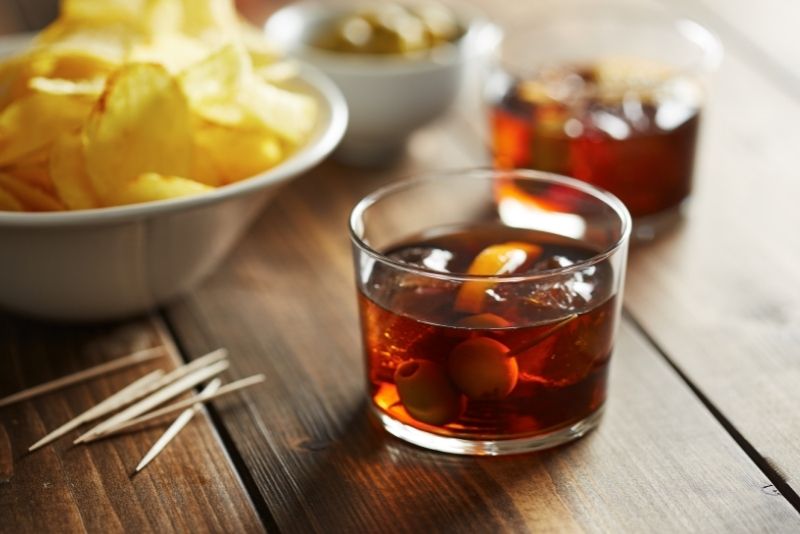 Vermouth is a wine used in mixed drinks such as Manhattans and martinis, popular for adding a bitter flavor and hint of dryness.

Drinking vermouth on its own is not a pleasant experience (especially for the first time), but it’s the perfect ingredient in many cocktails and dishes!

If you’re out of vermouth or just want to try something new, here are the best vermouth substitutes that will make your next cocktail or dish taste amazing.

Vermouth has a distinct and complex flavor profile which makes it challenging to substitutes it with other drinks and get the same taste.

But it uses a list of common ingredients such as cardamom, cinnamon, vanilla, marjoram, ginger, and licorice. Thankfully, there are other drinks that share these ingredients and work as an alternative to vermouth in most cases.

Keep on reading to know how you can swap these handy ingredients in place of vermouth. But before that, there’s one important thing you need to know!

The best substitutes for vermouth are sherry and Lillet Blanc. You can also use sake, white wine, and red wine as vermouth substitute for cooking in most recipes. Apple cider vinegar and grape juice can also be used as a non-alcoholic replacement for vermouth.

So, next time you’re out of vermouth while preparing a cocktail or a dish, look for the below substitutes in your kitchen.

Sherry is a fortified wine with brandy added to it before bottling. It originated in Spain and is considered to be one of the greatest wines.

It’s made from green grapes and gives off a fruity taste along with hints of sweetness.

Similar to vermouth, there are two varieties of sherry available: cooking sherry and drinking sherry (aka dry sherry.)

Cooking sherry, as the name suggests, is suitable for cooking and preparing dishes such as roasted chicken and rosemary mushrooms. It adds a nutty, sweet taste to food.

But, it contains more salt and preservatives than drinking sherry and should strictly be used as a food additive and not for drinking.

Dry sherry, or drinking sherry, on the other hand, is meant to be enjoyed as a drink. You can use it to create mixed drinks or enjoy it plain with some cheese and salad.

The richness of the flavor makes sherry an excellent substitute for sweet vermouth in cocktail recipes.

Lillet Blanc is a French apéritif flavored with fruits and spices, similar to Vermouth but sweeter in taste due to additional ingredients: elderberries, cherries, or raspberries.

It’s a great substitute for vermouth due to its flavor profile and color. It has an aroma of spices, citrus, and herbs with hints of honey.

You can use this drink as sweet or dry vermouth substitute in your cocktail recipes.

It’s also called “The Treason of Antwerp” as its popularity grew when the French occupied Belgium during World War I.

Lillet Blanc will add a sweet and fruity flavor to drinks while still having that dryness mixed drinks need.

Sake is a rice wine (made from fermented rice) indigenous to Japan & Korea. It has an alcoholic content level of about 15-20%.

There are two types available in the market:

The latter is closer in taste to Vermouth but sweeter as well; so make sure you get the right kind for cooking/drinking!

Sake lacks a crisp and acidic taste but has a unique-to-itself texture and adds diverse style to your drinks. It is also a great vodka substitute.

You can use sake as a substitute for vermouth in equal amounts while making a cocktail or when using it in cooking.

White wine is another common cooking ingredient made from fermented grapes. It has a light, acidic flavor and lacks sweetness when compared to sherry or Lillet Blanc.

It can be used as an alternative for white vermouth due to its crispness and fresh taste. White wines are also dry in nature, so it’s perfect for mixing with gin and having a martini!

You need not use the same ratio as you would while using it for drinking; add more wine if needed while preparing your drink or dish.

You can use red wine as a sweet vermouth substitute in your cocktail recipes.

Red wine is made from fermented grapes and has a higher percentage of alcohol (around 13%.)

Red wines are also sweeter than white wines, making them suitable for mixing with liqueurs and spirits.

Wine vinegar is a clear liquid made from red or white wine. It’s high in acetic acid and has a sour taste, similar to that of vermouth.

It lacks sweetness but can be used as a vermouth substitute for cooking. You can also use it to season meats before grilling them on the barbecue!

You can use this ingredient in equal amounts when replacing dry vermouth in your cocktail recipes.

Amaro is a term used for bitter liqueurs or medicinal bitters. It’s commonly associated with Italian drinks such as the Americano and espresso cocktail.

They have an herbal flavor that tastes more bitter than vermouth and gin when used in equal amounts.

It can also be used to season food dishes likewise vinegar if it’s made from red wine/grape seeds/barley malt, etc.

White port is a type of fortified wine used as a sweet vermouth substitute. It has a consistency between dry and sweet vermouths, making it suitable for use in cocktails and marinades.

White Port is made with white grapes rather than red ones but has the same alcohol content level as that found in a regular Port.

It’s sweeter than dry white wines, so be cautious when using this ingredient to make drinks. It can ruin your drink if you don’t find the right amount!

Apple cider vinegar is made from fermented apples. It has a sour taste, which makes it another alternative for vermouth that you can use.

You can use apple cider vinegar to prepare your drinks or marinate meat dishes in place of vermouth if the recipe calls for it.

Its flavor profile is not much different from that of regular white wine vinegar, so feel free to experiment with this ingredient!

Remember Aunt Jemima? Do you know that iconic bottle of dark-red syrup that’s used to make pancakes or waffles? Well, think of using the same thing but in liquid form!

Grape juice is made from whole grapes crushed into a thick sweet concentrate before straining to remove the seeds.

For convenience sake, you could get ready-made concord grape juice instead. It has the same consistency as a grape juice concentrate.

It can be used to mix drinks or prepare food dishes like vermouth. It’s sweeter than white wine, making it ideal for cocktails like the Screwdriver and Cosmopolitan.

Balsamic vinegar is derived from boiled-down balsamic wine. The result after boiling down the wine is an acid-rich liquid that’s made extra sweeter by adding sugar in it.

It has a rich, sweet taste but retains that acidic flavor associated with vermouth. It also has that herbaceous aroma and dark color typical of Balsamic Vinegar.

You can use this as a substitute for red vermouth while preparing your favorite dishes or drinks. Make sure to adjust the amount used based on its sweetness level.

You can use lemon juice in place of sweet vermouth for an alternative flavor profile while cooking dishes or making cocktails.

You can also prepare the cocktail Negroni using this ingredient if you’re out of vermouth!

It’s commonly used in salads, sandwiches, and other food dishes like marinara sauce.

It has a slightly bitter taste which makes it suitable as an alternative for vermouth while preparing meals. You can also use it to make cocktails like the Pimm’s Cup or Bloody Mary.

You can buy olive oil instead of buying sweet vermouth if you’re out of the latter but need to prepare drinks later on!

This works best when you have virgin olive oils though because they don’t contain any alcohol content that would ruin your cocktail!

There you have it – 13 excellent vermouth substitutes for your next party or dinner! You don’t need white vermouth to make cocktails now; you can simply get take out these handy alternatives and use them instead.

There are two main types of vermouth you can find in the market:

Sweet vermouth is a fortified wine with a subtle sweetness and spicy level similar to Port. The flavor is dark, rich, and fruity with hints of cinnamon and chocolate.

Dry vermouth is lighter in taste when compared to sweet vermouth. It has a crisp dry flavor and is a common ingredient in martinis. It can also be added in place of white wine for cooking.

Can I use dry vermouth in place of sweet vermouth?

Yes, you can use dry vermouth in place of sweet vermouth. However, keep in mind they both have different flavor profiles.

Sweet vermouth has a subtly bitter and spicy flavor used commonly in classic cocktails whereas dry vermouth offers a crisp dry flavor and is used in martinis.

Is sweet vermouth ever used in cooking?

Although sweet vermouth is mostly popular in mixed drinks, it is sometimes used for cooking delicious recipes such as Sweet Vermouth Chicken and Chicken Fricassee with Vermouth.

Can you substitute sherry for vermouth in a recipe?

Yes, you can substitute sherry for vermouth in a recipe. They are both made from grapes and have a similar wine base but there are some key differences between the two that affect their taste.

For instance, sherry has a higher concentration of alcohol compared to vermouth. It is also more aromatic because it contains more herbs and spices.

In general, sweet sherry works well as an alternative to vermouth in recipes because the former is less acidic compared to the latter. You can also use dry sherries over vermouth if you prefer a drier taste (read: no extra sweetness)

How to make sweet vermouth from dry vermouth?

However, it’ll still be the dry vermouth with sweetener and wouldn’t have the unique flavoring that sweet vermouth offers.

Vermouth is a staple drink in many cocktails, martinis, and food recipes. And although it’s relatively inexpensive, you might not have it available at the moment or don’t like the taste.

In that case, these 13 best vermouth substitutes will be a life-saver. Just check your kitchen and grab the nearest alternative you can find.

It’s also a good idea to keep your taste flexible and try different drinks in your cocktails. You’ll be surprised with the different flavor profiles, so stock up on these ingredients and enjoy experimenting! 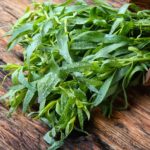 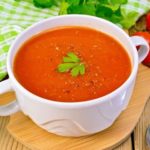 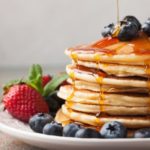 9 Best Substitutes for Milk in Pancakes