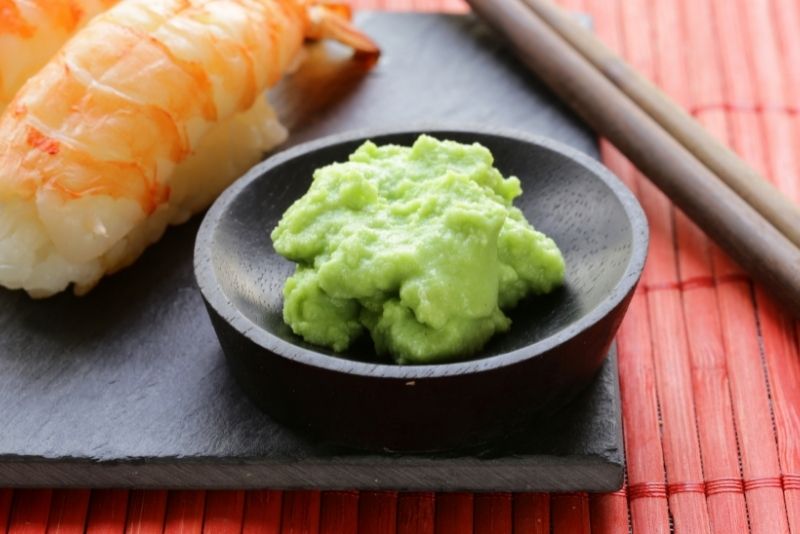 Ever since I was a little girl, I’ve been obsessed with sushi.

The first time my dad took me to the sushi restaurant in town, I remember being blown away by how delicious it all tasted, especially the flavor of wasabi.

However, sometimes you’ll find yourself craving sushi or sashimi but don’t have any wasabi at home. This is where wasabi substitutes come into play.

These will also come in handy if you don’t love the taste of wasabi or can’t stomach its potent odor – especially in enclosed spaces like public transportation.

If you can’t find wasabi in a nearby store, these easy-to-find wasabi substitutes will get the job done.

The best substitutes for wasabi are horseradish and ginger. You can also use umeboshi paste, karashi, and English mustard as wasabi substitutes in most recipes.

These wasabi alternatives are Godsend for those times when you need something spicy and fresh without the real thing; they’re just as tasty if not better.

Like wasabi, ginger is also a popular spicy condiment and horseradish-like root used in Japanese cuisine. It has a distinct flavor that compliments sushi rice well.

You can grate fresh ginger with a cheese grater or chop it into small pieces with a kitchen knife to add some spice to your food.

Ginger also has many health benefits like reducing the risk of cancer and protecting against heart disease.

When purchasing ginger, make sure to look for young buds that are thin and not woody in texture as they have their best flavor.

If you’re looking for a wasabi alternative with similar health benefits, then this is the right ingredient to use.

Horseradish, also known as Meerrettich in German and Hren in Slovenian, is a pungent root vegetable used as a condiment. The stalks are typically washed thoroughly, then the leaves are discarded before grating the roots to use it.

The flavor of horseradish is similar to wasabi’s but not as spicy. So if you’re not keen on the heat, then this is perhaps the best wasabi substitute for you.

Just like ginger, horseradish also has health benefits that include improved blood circulation and reduced inflammation of joints.

Karashi is Japanese mustard, a sauce made from dried mustard seeds. It is categorized in the same family as wasabi and horseradish with a heat that’s milder than the former.

Karashi is often consumed on its own, served alongside meals, or mixed with other sauces such as mayonnaise and soy sauce.

Because Karashi has a slightly different flavor from wasabi, it might take some getting used to for you to really appreciate it. Just like wasabi, this spice is also great for consuming raw and has a strong pungent taste.

Umeboshi paste is a common condiment used in Japanese cuisine. It is usually eaten with rice and is also used as a spread for onigiri or sushi, served alongside sashimi, or eaten on its own.

So what makes umeboshi paste a suitable wasabi substitute? Well, it’s made from the Japanese pickled plum which has some health benefits like lowering cholesterol levels and reducing stress.

Other than that it also tastes delicious with its sour, salty, and a little bit sweet flavor.

If you’re a fan of wasabi’s sharp yet pungent taste then English mustard is the perfect alternative for you. It has a similar flavor that can give a kick to any meal! Plus, it’s cheaper than wasabi.

English mustard comes in two types: brown and yellow. The brown version is less pungent, so it’s best to use this type with dishes that are already quite spicy like grilled foods and curry.

If you’re looking for a spicy alternative without the stinging sensation that wasabi can give, then this is it.

It has a delicious heat that’s not overpowering and can be spread onto anything from sandwiches to quiches. Again, it’s cheap as well!

As for health benefits, mustard seeds do contain natural oils that can strengthen your immune system so you get fewer colds and flu. It’s also an excellent source of selenium which is good for your prostate.

This peppery radish can be used as a wasabi alternative but with a milder flavor. Since it is quite strong, you don’t need to use too much of it; one teaspoon should do the trick for flavor and heat.

If you’re looking for a substitute with health benefits, then hot daikon radish is the one to use. It is known for fighting cancer and preventing heart disease as it contains fiber, folic acid, and iron.

Hot Daikon can replace wasabi in some famous Japanese recipes, like stir-fried pieces of fish with grated ginger. It’s a perfect combination!

If you like your food spicier, then yuzu pepper is for you. Similar to wasabi, it’s made from the zest of yuzu fruit but is less spicy.

Zest is one of the most flavorful parts of an ingredient and so it can be used as a wasabi substitute in many dishes. You can add yuzu zest to sushi for example, or use it as part of a recipe for stir-fried vegetables like bok choy.

Since yuzu pepper is less spicy than wasabi, you can use it for creating a stronger flavor in dishes that don’t have any heat at all.

In terms of health, yuzu also boasts many benefits like boosting your immune system and helping you fight certain cancers.

If you’re a fan of wasabi by itself with its strong flavor and pungent heat, then using chili peppers as a substitute might not be your cup of tea.

However, if the idea of an alternative to wasabi excites you but you don’t want to lose its original taste and texture, then this is it.

Just make sure to use a subtle amount of chili peppers to not make your recipe too spicy. Just like wasabi, chili peppers are also known as healthy food.

This wasabi substitute is a must-have in your refrigerator.

Pickled ginger root is similar to wasabi as it has that pungent kick but with less spiciness. Plus, it comes in handy when you’re preparing sushi and sashimi as you can use it to cleanse your palates between bites.

Using pickled ginger root is actually easier than grating fresh wasabi since all you need to do is slice it and eat it.

Pickled ginger root contains a lot of sugar though, so be sure not to overindulge! It’s also not advisable to eat too much as it can increase your thirst and cause dehydration.

Wasabi is a popular condiment and horseradish-like root used in Japanese cuisine. The green paste is most commonly mixed with sushi rice to make wasabi or served alongside sashimi.

Other common uses of wasabi include mixing it into sauces for tempura or grilling on hot days, serving as a spread for sandwiches, and using it as a flavoring for cocktails.

Wasabi (Japanese horseradish) is at once sweet, yet sharp. For this reason, it’s often paired with raw fish to balance out their flavor. The taste “cleanses” your palate and opens up your taste buds for the next bite of sushi!

What is wasabi used for?

Wasabi is commonly used in sushi and sashimi. It can be used to spice up your meals like rice, fish or meat, and even vegetables.

Wasabi can be used for both hot and cold dishes, but consume it at once because it has a very strong flavor.

It can be added to a mixture of soy sauce, sugar, dashi stock, and mirin to make wasabi paste. Or you can just mix wasabi with a little bit of water to make it easier to drink or use on your food.

What can be used as a wasabi paste substitute?

Some common substitutes for wasabi paste include horseradish, mustard, and chili pepper. If you’re looking for a more natural alternative, you can try grating fresh ginger root or using wasabi powder.

Whatever you use, be sure to start with a small amount and taste as you go – it’s easy to add more, but much harder to take it away.

Both of these spices have a similar flavor and can be used as a substitute in many recipes. Just keep in mind that they may be slightly spicier than wasabi powder.

How to distinguish between real and fake Wasabi?

Fake wasabi is usually dyed green or mixed with horseradish and mustard. It has a more pungent taste than real wasabi does. Real wasabi should only have subtle hints of green in its stem.

If you want to enjoy wasabi regularly, then it’s best to find out the difference between real and fake wasabi.

In a restaurant, it’s best to ask your server about how they make their wasabi. You can even have them show you if you’re feeling skeptical.

Are wasabi and horseradish the same?

No, they look similar but they are different ingredients and also taste different, and are used in different ways.

Western horseradish is not a good substitute for wasabi because it’s very spicy and doesn’t have the same texture as true wasabi has.

The spicy heat in wasabi comes from the compound Allyl Isothiocyanate that it produces when grated.

Grating breaks down this defense mechanism that protects young plants from being eaten by insects. It’s also produced, though to a lesser extent, by horseradish and mustard.

So instead of going out and buying wasabi at the supermarket or online, why not try these wasabi alternatives? They’re all fun and easy to use as long as you know how to substitute them for real wasabi. 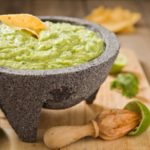 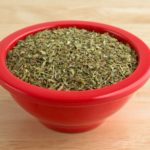 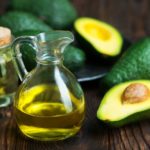 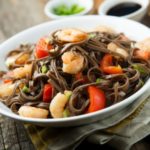