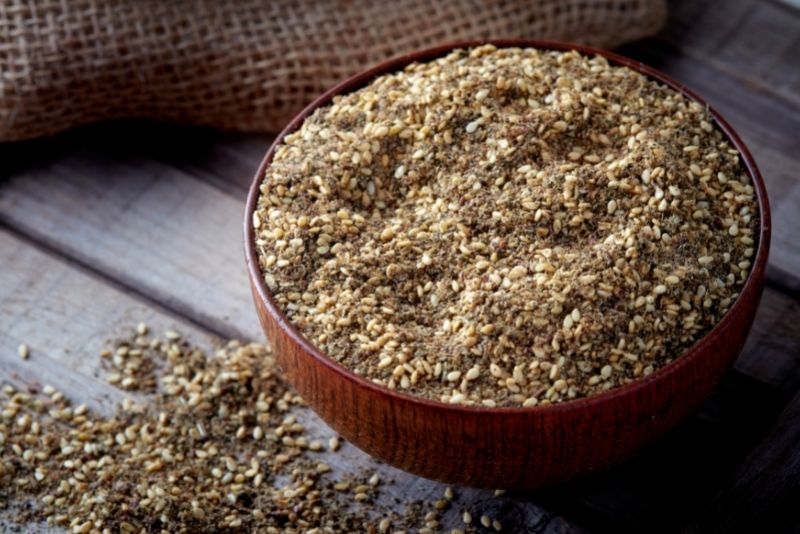 If you’re unfamiliar with za’atar, it’s a Middle Eastern spice typically used to season vegetables and bread. It offers unique zesty citrus-like tang flavoring but can be hard to find at your nearest grocery store.

Luckily, I’ve researched the best za’atar substitutes you can try that are easier to find and offer a similar taste. Alternatively, you can make your own za’atar seasoning substitute at home using the quick recipe I’ve shared below.

The best substitutes for zaatar are Italian seasoning and harissa spice blend. You can also use Schimi togarashi, Ground coriander, and thyme as zaatar spice substitutes in most recipes.

If you’re in the middle of preparing a recipe and it’s impossible to find za’atar in your locality, try these handy substitutes instead.

Italian seasoning is a blend of dried herbs typically used in Italian and Mediterranean cuisines.

The ingredients may vary, but the most common ones are basil, sage, oregano, rosemary, and thyme. It also contains parsley flakes and garlic powder.

Overall, it’s a pretty close substitute for zaatar in terms of taste and fragrance. More importantly, it is easier to find.

The harissa spice blend is a mix of chilies, coriander seeds, caraway seeds, garlic powder, and salt used in North African cooking. If you like spicy foods, definitely use this zaatar substitute as it can be quite fiery.

Just make sure to avoid the eyes if you’re not a fan of the spiciness. Also, start with a small quantity when replacing it for za’atar and until you reach the desired spice level.

Harissa can be bought in stores or you could make your own harissa blend at home.

Ground coriander is similar to za’atar because it’s made from sesame and coriander seeds, cumin, and sumac.

Schimi togarashi has an intense kick of chili pepper and can be used in Japanese, Thai, and Indian cuisine.

If you are a big fan of spicy food but can’t find za’atar or harissa spice blend, then Schimi togarashi is a great substitute. It is created from chili peppers, ground sesame seeds, Kosho (fermented red pepper paste), sugar, salt, and other spices.

Thyme is among the most consistent za’atar substitutes. It has a strong aroma similar to that of the Middle Eastern spice.

It can also be used in cooking chicken, lamb, and turkey as you would with za’atar spices. If you’re on a tight budget or can’t find za’atar anywhere, try thyme as its taste and smell are pretty close.

Sprinkle it with salt and lemon zest to add the tangy flavoring.

Dukkah is an Egyptian spice blend made from various nuts, seeds, and spices. It’s crunchy with a subtle nutty taste that adds flavor to bread or vegetables especially well!

If you can’t find za’atar anywhere and do not want to use a simple substitute, you can make the authentic Middle Eastern za’atar spice mix yourself. It is very easy to prepare and uses common ingredients like thyme, toasted sesame seeds, dried oregano, sumac powder, salt, and pepper flakes.

To prepare za’atar at home, just mix 1 tablespoon of each dried oregano, sesame seeds, and sumac powder. Add salt and pepper flakes to the mixture as per your flavor profile.

Za’atar is a mixture of herbs, sesame seeds, and spices found in Middle Eastern food. It’s typically used to season vegetables, bread, and other foods.

It is popularly used in Middle Eastern food but has also gotten popular in other cultures like India.

You can use it to season meat like chicken, lamb, or beef. It’s also great for marinating vegetables such as onions and eggplants before cooking them on the barbecue or in a salad bowl.

Za’atar has a warm, earthy flavor with a slightly lemony tang. It has a distinct, earthy flavor that is often described as being similar to oregano or thyme.

The herb is also quite pungent and can have a slightly bitter taste. It is often used as a seasoning for chicken or fish, as well as in salads and dips. Za’atar can also be used to flavor bread and other baked goods.

What is Za’atar Seasoning Made of?

Za’atar typically contains thyme, oregano, sesame seeds or ground sumac nuts blended together into a coarse mixture and then mixed with salt.

The za’atar ingredients may also include marjoram, mint, and black peppercorns. The rest is made up of salt, olive oil, and lemon juice to help mix everything together.

What Is The Difference Between Zaatar and Sumac?

The main difference between za’atar and sumac is their ingredients. Za’atar is a blend of herbs and spices (typically thyme, oregano, marjoram, and toasted sesame seeds) while Sumac is made up of dried berries.

Yes, Trader Joe’s has recently started selling za’atar spice which made a lot of home chefs happy (including me!)

However, Trader Joe’s za’atar blend lacks a key ingredient – sumac. Instead, they use lemon oil to add traditional zingy flavor.

According to the label, you can use the jar for up to 106 servings which gives you plenty of opportunities to sprinkle this miraculously seasoning over and over again.

So, there you have it. These are some of the best za’atar substitutes that you can use while still getting a delicious taste.

You’ll notice that most of the alternatives come from Middle Eastern cuisine which tells us that even though they are different spices and herbs, they all share similar flavors.

Now don’t forget to tell me your favorite za’atar substitute in the comments section below. 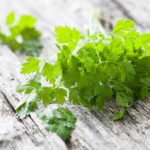 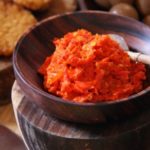 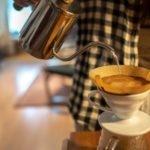 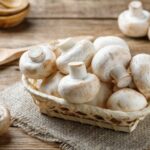