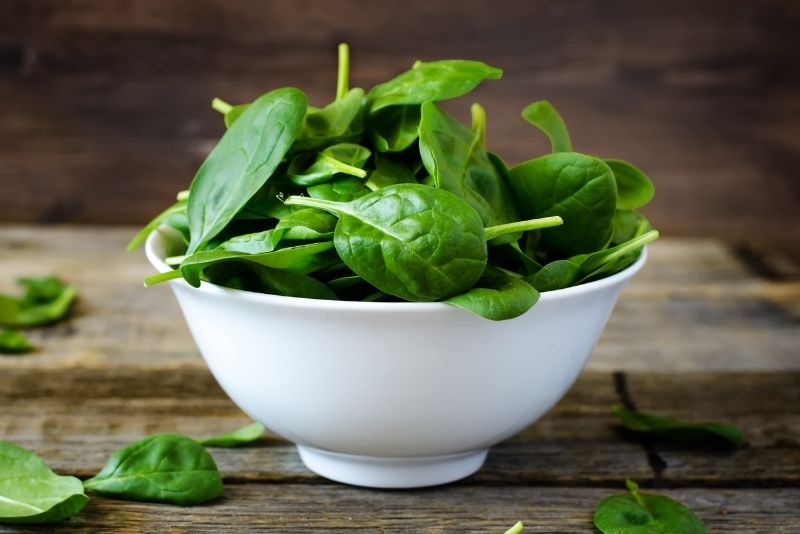 Popeye the sailor man ate spinach because he knew it was good for him.  But if Popeye came across some spinach in today’s grocery store, would he still eat it?

Spinach is a healthy green leafy vegetable that can be a substitute for a lot of your unhealthy food cravings. One of the main benefits of spinach is that it contains high levels of iron. It also is high in vitamin C which increases iron absorption and prevents anemia.

But what if you want to make sure the spinach you’re about to eat is good and not spoiled? Here are some tell-tale signs to look out for that will let you know whether or not the spinach is spoiled!

How to Tell if Spinach Is Bad?

The first sign of bad spinach is that it turns dark green or yellow in color. Other signs to check are if it gives out a bitter-sour odor, and feels slimy or rubbery. Moreover, the leaves should not be limp, wilted, or spotted.

Spinach begins to turn dark, drab green when it’s past its prime.  When you pick up a bunch of fresh spinach in your hands, you should notice that it’s bright green.

Light or yellow-colored spinach is a sign that it’s either old or has been exposed to heat for far too long, which causes it to lose its nutritional value and flavor.

Spinach should smell fresh with no hint of bitterness, sourness, or a chemical-like odor. A musty or earthy smell is a sign that the spinach has gone bad.  When the spinach begins to grow old, it may have an unpleasant odor.

If the spinach smells bad at all, put it right back down…don’t eat it! It’s no good and will have a negative effect on your body.

Spinach leaves are usually crispy and moist, not rubbery or limp when they’re fresh from the garden or grocery store.

You can check to make sure your spinach is fresh by taking a leaf between your fingers and squeezing it firmly. If any of the spinach leaves are limp, shriveled, slippery, or slimy, you know they are spoiled and not as nutrient-rich anymore.

Just like with any food that’s past its prime, spinach will no longer be edible. You’ll end up feeling sick or even cause yourself to become ill if you try to eat it.

Just by looking at the spinach, you should instantly be able to tell whether it’s still okay to eat or not. Fresh spinach leaves will be vibrant and the color should be deep green.

Any brown spots, yellow or pale-colored leaves, or wilted parts of the plant are a clear sign that it’s time to get rid of the spinach and buy a new bunch.

How To Store Spinach Properly?

Store the spinach in a plastic bag with all of its excess air squeezed out. Or you can seal it in an airtight container, where it will keep fresh for up to five days. You can also freeze your spinach and eat or cook with it after you thaw it out.

Spinach is a hearty leafy green that can be kept in your fridge for up to three days. If you don’t plan on eating it for a few days, make sure to put it back in the fridge as soon as possible!

If you do decide to buy fresh spinach often, it’s a lot more cost-effective to buy frozen spinach than fresh!

How Long Does Spinach Last?

Spinach can be stored in the fridge for about five days so you have some time before you have to eat it all. But always keep your eyes open for any signs of spinach spoilage so you can catch it early on!

Frozen spinach lasts for six months when frozen at 0 degrees Fahrenheit (-18 degrees Celsius) or below. If it’s not frozen, your spinach will last for only one month!

Bad spinach has a rank, unpleasant smell, like rotting vegetation that is often described as “rancid” or “off.”

If you encounter bad spinach while grocery shopping, it’s best to avoid it altogether. If you’re not sure whether or not the spinach is still good, give it a sniff – if it smells off, don’t risk eating it.

Yes, frozen spinach can go bad, but it will take much longer than fresh spinach. The freezer acts as a preserver, so frozen foods will often last for months or even years.

However, over time, frozen spinach will lose its flavor and nutrients, so it’s best to eat it within 6-8 months.

Bad spinach will have discolored leaves and maybe wilted or yellowing. The stem of the plant may also be discolored. If you see any signs of mold or rotting, it is best to discard the spinach.

How do you wash spinach before cooking?

To wash your spinach, soak it in a clean sink filled with cold water.  Agitate the leaves so that any dirt or debris gets washed away, then allow them to sit for at least an hour to get rid of all that excess sand and grit.

Spinach is a delicate vegetable that will wilt faster the more it’s handled. By washing your spinach in advance, you’re allowing all of that excess moisture to seep into the plant and cause it to become wilted and unusable.

To preserve the life of your spinach, only wash what you need. You don’t want to wash spinach before it’s needed because the dampness and chill in the fridge will cause it to wilt.

Don’t want to use spinach? Here are some of the best spinach substitutes you can try in your recipes.

So keep these tips in mind next time you go to the grocery store and pick up a bunch of spinach. If you’re looking to eat healthier, then spinach will be one of your best choices because it’s easy on the stomach and provides a lot of nutrients.

But you have to make sure that spinach is healthy and not spoiled first, otherwise, you’ll end up spending your money on a bunch of leaves that won’t do you any good. 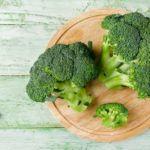 How to Tell if Broccoli Is Bad? 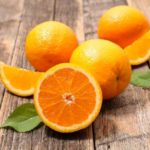 How to Tell if an Orange Is Bad? 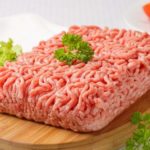 How to Tell if Ground Pork Is Bad? 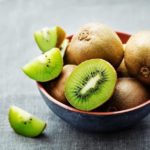 How to Tell if Kiwi Is Ripe?