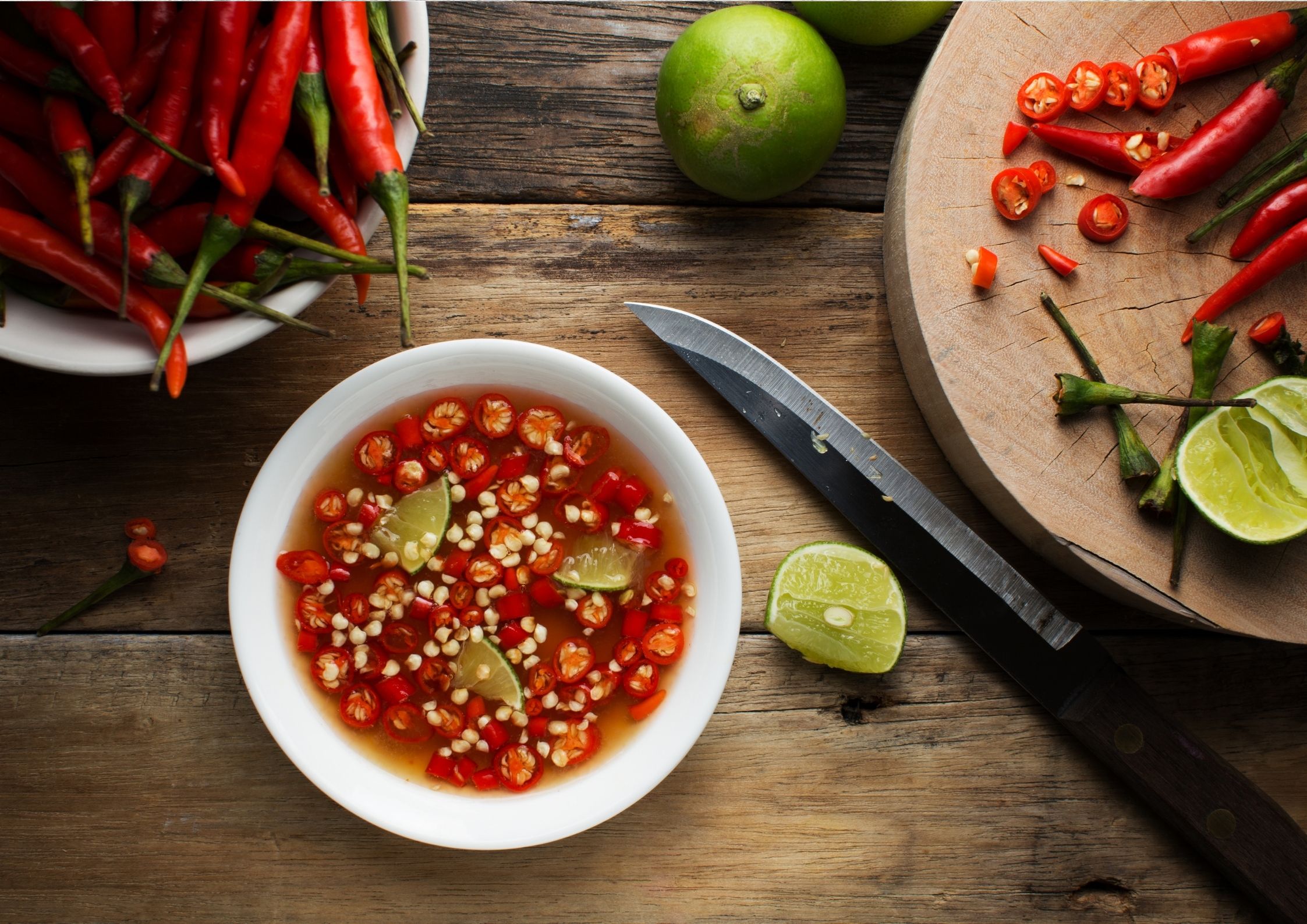 If you’re not familiar with fish sauce, it’s an Asian condiment made from fermented anchovies and salt. It has a very pungent smell and flavor that is often used in Thai or Vietnamese cooking.

However, if you don’t eat seafood or are vegetarian/vegan, then this ingredient might be difficult to replace.

Luckily there are several fish sauce substitutes that can mimic the taste of fish sauce without using any animal products!

What is Fish Sauce?

Fish sauce is a traditional sauce in many Asian countries such as Vietnam, Thailand, and the Philippines. It is made from fermented anchovy extract and salt, so it can be an acquired taste for some people.

To use fish sauce, add a few drops to your cooking or mix it with water so that it dilutes the saltiness. It can be used as a base for flavoring or as a sauce to serve alongside meat, rice, and vegetables.

Fish sauce is used as a condiment or added to recipes that call for it. It can be used in stir-fry, stews, noodle dishes, and rice dishes.

You can find fish sauce at any grocery store, especially those that have an Asian food aisle. It can be expensive to buy so it’s good to have a few substitutes on hand in case you run out.

If you don’t want to purchase fish sauce, then there are some great substitutes that taste similar or will give your food more of a savory flavor.

Soy sauce is made from soybeans and wheat, so it is a good alternative for people who follow a gluten-free diet. It can be used in place of fish sauce when cooking your favorite Thai or Vietnamese dish.

You can add soy sauce to stir-fry and rice dishes, or even use it as an ingredient for a homemade salad dressing. A few drops can add lots of flavor to your favorite foods.

You can replace fish sauce with soy sauce in a 1:1 ratio. Soy sauce can be too salty so you might need to use a little less depending on what you’re cooking.

Soy sauce is a great substitute for vegan or vegetarian recipes. Just remember that not all brands are vegan, so if you need to use a specially labeled product then check the ingredients before adding it to your cooking.

Oyster sauce is made from oysters, so it is also an excellent substitute for vegetarians and vegans who do not eat seafood.

It is made from oyster extract mixed with soy sauce, sugar, salt, and spices. Just like fish sauce, the oyster sauce has a strong taste that is great for flavoring dishes.

You can use oyster sauce in stir-fry, rice, and noodle recipes. It also works well as an ingredient for homemade salad dressing or marinade.

Oyster sauce is very salty so you might need to dilute it with water before adding it to your food. A little goes a long way, so start off with just a few drops at a time until you can adjust to the flavor.

You can use oyster sauce in the same quantity as you would use fish sauce.

Tamari is another type of soy sauce that is made from fermented soybeans and wheat. It isn’t as salty as a regular fish sauce but it has a similar taste.

You can substitute fish sauce with tamari in any recipe that calls for it. Just remember that not all brands of tamari are vegan, so check the ingredients before adding them to your dish.

Tamari is a great substitute for those who want to avoid gluten. It can be used as an ingredient or as a condiment just like regular soy sauce.

If you are looking for a vegan version of fish sauce, then there are some plant-based options available!

One popular product is called “VeganFish”. It tastes similar to the traditional fish sauce but is made using seaweed in place of anchovies.

This product can be used as an ingredient in recipes or poured on top of cooked dishes.

Coconut aminos is a liquid condiment made from coconut sap and sea salt. The taste profile is fairly similar to fish sauce, but it isn’t as salty or strong tasting.

It has a similar taste to soy sauce but it’s vegan and gluten-free! You can use coconut aminos in stir-fry, noodle recipes, or even as an ingredient for homemade salad dressings or marinades.

Coconut aminos are also fairly inexpensive so it’s a great substitute for those on a budget!

Coconut aminos are not as salty as other substitutes for fish sauce. So you might need to add a little more to your recipe depending on what you’re cooking.

You can use coconut aminos in the same quantity that is called for in the recipe.

Worcestershire sauce is a condiment that is commonly found in the Asian section of grocery stores. It’s made from soy sauce, vinegar, molasses, and other spices.

It isn’t as strong or salty as a fish sauce but it does have a similar taste! You can sauté veggies with Worcestershire sauce for an interesting twist on your usual stir-fry.

You can use Worcestershire sauce in any recipe that calls for fish sauce.

Worcestershire sauce can be expensive, so it’s best used when you need just a little bit to flavor the dish!

Seaweed is a type of edible algae that many cultures have used for centuries. It’s often eaten steamed, fresh, or dried without being cooked at all.

Seaweed isn’t only used in sushi rolls, it can also be used as a substitute for fish sauce.

Dried seaweed granules, called dashi konbu, are perfect for adding umami flavor to dishes that are usually made with fish sauce. You can find this type of dried seaweed at most Asian grocery stores.

Seaweed is a great way to add umami flavor to your dishes without having to use fish sauce! It can be used as an ingredient in soups and stir-fry.

Seaweed will add a little bit of a briny flavor to your dish, so just a pinch is all you need. You can use both fresh and dried seaweed instead of fish sauce!

Hoisin sauce is a sweet and tangy type of condiment that is used in many Chinese dishes to add a bit of flavor.

It has a slightly salty taste but it isn’t as intense or fishy tasting as regular soy sauce.

In the same way that you would use soy sauce, you can pour hoisin sauce over the top of cooked dishes or add it to stir-fry.

Hoisin sauce is a great substitute for those who want to avoid fish sauce but still crave that salty flavor in their dish.

Mushroom soy sauce broth is a popular vegan alternative for fish sauce and other types of soy sauce. It has a deep and rich umami flavor with a slightly salty taste.

Mushroom soy sauce broth is perfect for adding umami flavor to soups, stews, noodle recipes, stir-fry dishes, or even as an ingredient for homemade salad dressings.

You can use mushroom soy sauce broth in the same quantity that is called for in the recipe.

You can make your own mushroom soy sauce broth by adding a few spoonfuls of soy sauce to vegetable broth and cooking it on the stove-top until reduced.

You could also use dried mushrooms such as shiitake or porcini, which will give plant-based dishes that deep umami flavor.

Fish sauce is a strong and salty tasting condiment that has an intense smell to it.

It’s made from fermented anchovies or other small fish and salt, which causes the liquid to become quite pungent in aroma and taste.

The strong flavor of fish sauce can be off-putting for some, but many people love it.

It can be used in soups, stews, salad dressings, marinades, dipping sauces, stir-fry dishes, and more.

Can I Leave Fish Sauce Out of a Recipe?

If you’re following a vegetarian or vegan diet and want to avoid using fish sauce in your cooking, don’t worry. There are plenty of substitutes that can be used in place of fish sauce instead.

Oyster sauce is a popular ingredient often used in Asian cooking, but it is actually not the same as fish sauce. It isn’t made from fermented fish and doesn’t have that same intense flavor.

Oyster sauce has a slightly salty taste to it and an earthy aroma. It can be used as a dipping sauce, as a flavor enhancer in soups and stews, or as an ingredient for marinades.

Does Fish Sauce Need to Be Refrigerated?

Fish sauce need not be refrigerated after opening, but you will want to keep it in a cool and dry place. You can store fish sauce at room temperature for up to a year without any negative side effects.

Why Does Fish Sauce Smell So Bad?

Fish sauce is made from fermenting anchovies, so it will have a pungent fish-like scent to it that some people find off-putting.

The fish sauce gets its distinct flavor from the fish and salt used during the fermentation process.

As you can see, there are some great substitutes for the fish sauce that won’t leave your vegetarian or vegan friends out of the fun.

You should also try these alternatives if you don’t like the flavor of fish sauce because they all have a similar taste profile to it without any animal products in them at all.

What do you think? Which fish sauce substitutes did you find most intriguing and why? Let us know below. 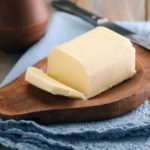 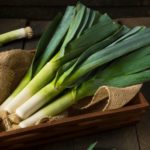 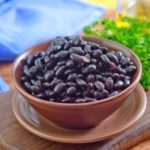 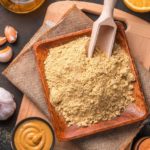