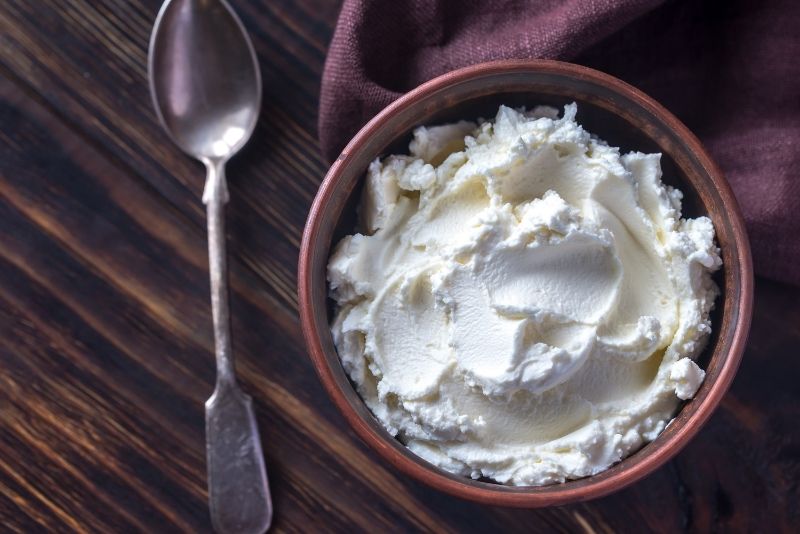 Mascarpone cheese is an Italian dessert cheese that is often used in cream-based dishes. It has a sweet, buttery flavor. It’s great for desserts and appetizers as it can be used as a cap for any dish.

However, it can be hard to find in many areas and not something you would have stored in the pantry all the time.

Fortunately, there are plenty of Mascarpone substitutes you can try instead.

Some of the most common substitutes for mascarpone cheese are crème fraîche, sour cream, cream cheese, cottage cheese, or even full-fat Greek yogurt.

Remember, Mascarpone cheese is a bit tricky to substitute and will depend on the dish you are making. Using a cream-based ingredient is usually the best way to achieve the creamy mascarpone texture.

Mascarpone is often described as Italian cream cheese. It comes from the Italian region of Lombardy and is made with heavy cream, sugar, and more traditionally liqueur or grappa (an alcoholic drink).

It has a very sweet flavor that works well in desserts but most modern chefs use it for appetizers as well. It’s great paired with a fruit-like fig or raspberry and also used in tiramisu.

Cream Cheese is often suggested as a sub for mascarpone because they have a similar consistency and texture when used in cooking.

Mascarpone cheese is more rich and buttery than cream cheese. To substitute, use three parts cream cheese in place of mascarpone.

If you are looking to replace the traditional mascarpone flavor, though, cream cheese may not be your best option as it does have a hint of tang; but using cream cheese will still give you that desired consistency.

Crème Fraîche is a French dessert that is often used in place of whipped cream or sour cream.

Its thick consistency and acidic notes make it perfect for creating creamy Italian dishes like tiramisu.

Crème fraîche is a thick, creamy ingredient that can be whipped like mascarpone. It has a hint of tang and can replace mascarpone in most recipes.

You may need to add some sugar as it does not have any sweetness, but the good news is crème fraîche has less fat.

Using equal parts crème fraîche and mascarpone cheese would be the easiest substitution to try.

It is not as commonly used in cooking but it can be a good sub for some recipes.

Cottage Cheese is not usually suggested as a good substitute for mascarpone, but in some cases, it can work.

The trick here would be to use lactose-free cottage cheese (to avoid the pungent aftertaste) and mix it with a more neutral ingredient like sour cream. This should mimic the creamy texture of mascarpone.

It gives the mixture an extra tang and pairs well with fruit, but it may have a very distinctive taste.

You might need to add more sugar depending on how sweet your cottage cheese is.

Sour cream is another great option to replace mascarpone cheese as it has a creamy consistency and can be whipped.

The best way to use sour cream as a substitute would be to combine it with crème fraîche or heavy whipping cream. This will give you the desired creamy texture and neutral sauce flavor.

Sour Cream can be used in place of mascarpone cheese but is not usually suggested because its flavor is more sour and acidic than mascarpone.

It will add a mild tanginess, though, so if you are looking for more of that sweet flavor, sour cream may not be the best option.

Full-fat Greek yogurt is often used as an alternative to sour cream or mayonnaise. It has the added benefit of being full fat and plant-based.

Because of its thickness and tangy flavor, it can be added to baking recipes in place of mascarpone cheese.

One of the best ways to use this as a replacement would be to combine equal parts yogurt and heavy whipping cream. This will mimic the creamy texture of mascarpone and add a bit of plant-based protein.

It will be slightly sweeter than mascarpone and have a more tangy flavor but can be very versatile in recipes.

English clotted cream is often used in desserts because of its rich flavor and thick texture that pairs well with fruit and pastries.

It’s made from cow’s cream and is similar to mascarpone in the way that it can be whipped.

English Cream has a much more distinct flavor than mascarpone and may not be the best substitute if you are looking for a milder taste.

It will provide an ultra-rich consistency, but it won’t mimic the sweet, buttery flavor of mascarpone.

This is a good option if you are looking for a plant-based substitute. Also known as vegan cream cheese, it can be used as a direct replacement in some recipes.

If you want to use this as a substitute, though, make sure you choose an unsweetened variety (in order to avoid sweet aftertaste).

Plant-based cream cheese will not be able to hold a stiff peak, so it may not work in recipes that need heavy whipping. It will, however, make an excellent replacement for low-fat or fat-free mascarpone if you are looking for a healthier option.

To get the best results when using plant-based cream cheese as a substitute, make sure you combine it with a neutral, plant-based ingredient like coconut cream or cashew cream.

This will mimic the soft texture of mascarpone while keeping it light and low in fat.

It will be slightly tangier than mascarpone but has a very mild flavor that makes it versatile to use in desserts.

Now that you know the best substitutes for mascarpone, have fun cooking up rich Italian desserts!

Mascarpone is an Italian cheese that has a rich buttery, slightly sweet taste, and an elastic texture and can be used in both sweet and savory dishes.

It’s very similar to cream cheese, but it has a sweeter taste and slightly less tanginess. Mascarpone also packs more of a punch when it comes to richness because of its higher fat content.

Mascarpone is a versatile ingredient that can be used in many desserts and sauces because of its rich creaminess and mild flavor.

Mascarpone vs Cream Cheese: Are They Same?

They are both soft, fresh cheese that has a bright texture and a sweet flavor.

Mascarpone is slightly more buttery/rich than cream cheese because of the higher fat content.

Cream cheese is made from cow’s milk and mascarpone from any kind of milk (usually cow or sheep).

Cream cheese has a slightly tangier flavor than mascarpone. Mascarpone is less acidic and sweeter because of the higher fat content.

Mascarpone vs Ricotta: Which Is Better?

Mascarpone and ricotta are both kinds of cheese that are commonly used to make different desserts, but there is a slight difference between the two.

Ricotta cheese is made by heating the whey from milk and then draining it to create a thicker consistency.

It has a slightly sour taste because of this process and is usually used to make desserts with fruits or chocolate, whereas mascarpone is used in classic Italian dishes like tiramisu and cannoli.

Can I Use Philadelphia Instead of Mascarpone?

Yes, you can use Philadelphia cream cheese to replace mascarpone for a significantly lower fat option.

Make sure that the block of cream cheese you choose is unsalted and has 10% milk fat or less so it doesn’t alter the taste too much.

Though mascarpone should not be substituted for Philadelphia in every recipe, they are both close enough in taste and texture that you can do so for most.

How Can You Use Mascarpone in Cooking?

Mascarpone is used in many Italian recipes, especially desserts. It can be made into frosting or cream to use as a topping for fruit or drizzled over pancakes and waffles.

It can also be combined with herbs for a flavorful spread, and it’s often mixed with chocolate to make tiramisu.

You can also use mascarpone to make cream-based sauces and fillings for cakes.

How to Store Opened Mascarpone?

You can store opened mascarpone in a clean, airtight container in the refrigerator.

It will keep for up to one week if stored properly and left unopened. Opened mascarpone should be used within three days after opening.

It’s easy to make any dish just a little better with the addition of mascarpone, so if you’re in need of some inspiration for your next dinner party or dessert recipe, it might be worth checking out our list of Mascarpone substitutes.

Whether you’re looking for something healthier than cream cheese or want to try using cashew cream when making vegan desserts, we’ve got plenty of substitutions that are sure to please all palates!

Hopefully, this article has brought you some inspiration to try out mascarpone substitutes in your cooking. 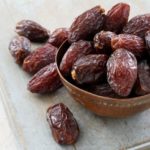 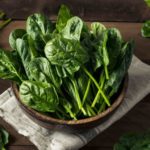