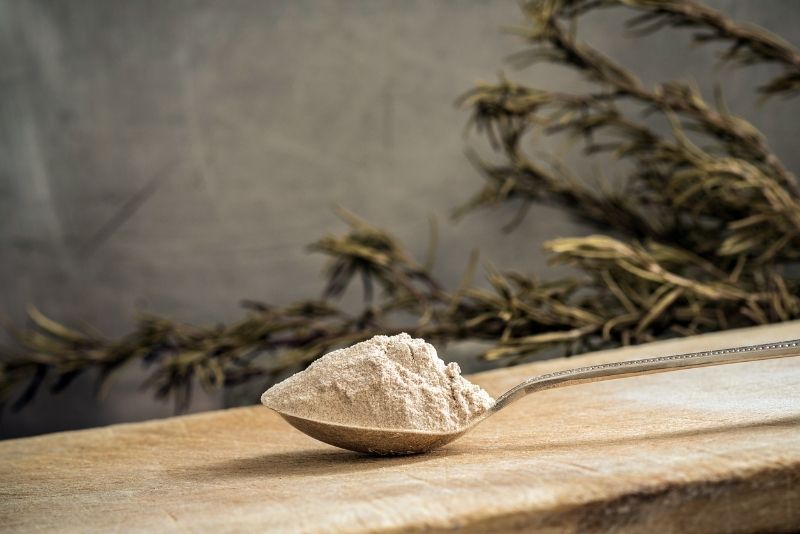 Teff flour is a staple of Ethiopian cuisine, but it can be hard to find in the United States. It’s also expensive and has a short shelf life.

Teff flour is a gluten-free flour that can be used to make bread, pancakes, and cakes. Although it has an earthy flavor that some people love, others find it strange.

If you’re one of the many teff haters out there or if you just want an affordable gluten-free alternative for baking then this article will help you out! We’ve got 7 great teff flour substitutes that are easy to use and won’t break the bank!

What is Teff Flour?

Teff flour is a special type of flour that’s made from grinding the seeds of the teff plant.

Teff is a small annual grass that’s grown in Ethiopia, Eritrea, and Kenya. It’s also known as Ethiopian millet, a little-known fact! Teff has been eaten for thousands of years by the people of Ethiopia.

The flour is usually used to create a flatbread called injera, which is eaten with a stew or sauce. You can also use it to make pancakes and cakes, although its flavor isn’t that great on its own.

Teff is naturally gluten-free so it’s perfect for people who are on a gluten-free diet. It’s also high in fiber, protein, calcium, and iron.

Tapioca flour is made from the cassava root, which is a root vegetable that’s native to South America. It has a neutral flavor so it will work well with any recipe.

Tapioca flour can be used as a substitute for teff flour in either recipes or when thickening sauces. Since it’s already a starch-based flour, it will thicken up much quicker than teff flour and will produce a stiffer dough.

To substitute tapioca flour in place of teff, you should use 20% of it, and the remaining 80% can be another type of flour.

Sorghum flour is made from grinding the seeds of a sorghum plant. It’s a great substitute for teff flour because it doesn’t have an overpowering flavor.

It can be used in almost every recipe that calls for teff! It also has all of the same health benefits as teff, such as high fiber content, protein, and calcium.

Since sorghum flour is used in gluten-free baking as well as Ethiopian cuisine, you can use it to prepare your favorite cookies or cakes!

It absorbs moisture very well which means that you have to use less water when using it, but it also means that it has a higher fat content.

It takes longer to hydrate than other flours so you’ll need to leave more time for the batter/dough to rise.

Rice flour is a great substitute for teff as it has the same light, grainy flavor. You can use either brown or white rice flour to substitute teff flour.

Because rice is a starchy component, it can absorb moisture better than other gluten-free flours which means that you won’t need as much water in your recipe. It also helps make your baked goods more flavorful!

When using rice flour to make injera, you’ll need to add in some extra spices to compensate for the blandness of the rice flour.

To substitute rice flour for teff in a recipe, you should use half of the amount of rice flour and half another type of flour.

Quinoa is actually a seed that’s related to spinach, chard, beets, and other leafy plants. It has an earthy flavor so it will add some crunch to your baked goods.

Moreover, quinoa flour adds a nutty and earthy flavoring to your recipes. This makes it a great substitute for teff flour when baking savory foods like bread or pizza.

You can use quinoa flour as a substitute for teff in any recipe that you want, but if it’s meant to be used for baking then you should mix it with another flour.

Oat flour is made from grinding the seeds of the oat plant. It has a very smooth texture and offers a nutty flavor to your baked goods.

It’s also gluten-free so it can be used by people who can’t eat gluten! Oats are high in fiber, protein, iron, and calcium as well as having a wide array of vitamins and minerals.

Oat flour is a great substitute for teff in any baked good because it absorbs moisture well, so the dough or batter will rise faster than normal.

To substitute oat flour for teff in your recipe, you should use 1/3 cup of oat flour and 2/3 cups of another type of flour.

Millet is a grain that’s used in place of rice and quinoa in many dishes from India, the Middle East, and Africa.

It has a slightly peppery flavor that you can taste in your foods. You’ll also find millet in granola bars!

Millet flour has a sweet flavoring but it’s not as strong to overshadow other ingredients in your recipe.

It’s a great substitute for teff flour because it absorbs moisture well so it will rise just as fast as the dough would without any gluten.

Coconut flour is made from grinding up dried coconut meat! It has an earthy flavor which makes your baked goods taste like they’ve got nuts in them.

Coconut flour is very absorbent so you’ll need less water when substituting it for teff. You’ll also want to leave more time for the dough or batter to rise because of this.

The strong fiber content in coconut flour means that you should eat a little bit at a time so you don’t get too much of an effect from the coconut oil! Moreover, the fat gives it a higher calorie content than other substitutes for teff flour.

Coconut can be used as a substitute for teff flour in baked goods but you’ll want to mix coconut flour with another type of flour.

Teff flour is a mild-tasting flour that can be used to make bread, flatbreads, and cakes. It’s made from the tiny seed of an African plant!

Teff flour tastes like a cross between cornmeal, barley flour, and brown rice.

It’s a great gluten-free baking option for those who want variety in flavor! When you use it in recipes, the flavor might take over your food.

Yes! Teff flour is gluten-free as well as seed-free so it can be used by people with Celiac disease, a sensitivity to seeds, and other food allergies.

It’s also a great option for those who are on low-carb diets because of its low glycemic index.

Is Teff Flour the Same as Wheat Flour?

No! Teff is a seed while wheat is a grass. They are two different plants and have different tastes as well as uses.

Teff flour has a mild flavor so it doesn’t taste like wheat or other grains that we eat in the states. However, some people find teff to be slightly bitter, too!

Can I Substitute Teff Flour With All-Purpose Flour?

Yes, you can use all-purpose flour in place of teff flour. However, when you do this the texture of your food will change to being much more bready and less grainy.

Yes! Teff flour is more expensive than most other flour. However, if you use it frequently then you will probably consider it to be worth the price.

You can find teff flour on Amazon, at Whole Foods, and in Ethiopian restaurants!

Some people may find that coconut flour is a good substitute as well depending on the recipe or what they’re looking to bake with it.

What do you think? Are there any other substitutes for teff that you know of?

Please share them with us in the comments section below. 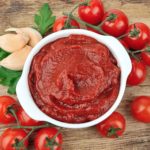 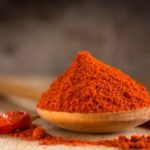 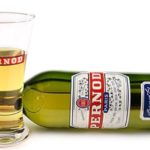